I understand there's been some concern about housing for incoming transfers. We've heard from callers that they've run out of space for you. This is not the case. We had to do some investigating and spoke to the people in the housing department.

We will have more than enough space for transfer students, although not enough space for everyone to receive an offer in the initial round of assignments. Believe it or not, construction on a first-year dormitory is in it's final stages and the housing office decided to hold spaces in upper class housing until that the building is completed. If you are on a housing waiting list, you will be eventually offered housing. It is just not true that there won't be enough space for you.
Posted by Transfermer at 6/20/2008 02:45:00 PM

Hi, I received housing in Gooch/Dillard. Problem is I'm still not 100% sure that I will be attending UVA, I am on a wait list for another prestigious school. I saw that the deadline for issuing a cancellation of my housing contracts is June 27 which may be sooner than the date that I can make a final decision. So I was wondering if I cancelled my contract now, would I still be able to receive housing if I reapplied at a later date?

Thanks for any input.

Just FYI: if you accept the housing offer, then end up not attending UVA, they'll just cancel your contract, no biggie. You pay for housing when you pay for tuition.

whewwwww....thank you so much for that bit of information. That takes a huge worry off my back.

Anon #1, if you are asking, say, what happens if you ask for housing in say, mid-August because you didn't get into your other school, I'd be wary. The housing office can help you with this one. If you reapplying to transfer to UVA the following semester, you would just reapply for housing in the same manner.

This has nothing to do with housing, just wondering if you could could post something about specifically what UVA looks for in transfer students? I'm planning on transferring after my first year at another college and want to make sure I'm doing everything I can to get into UVA

How many architecture transfer students were there this year?

Is there a deadline to sign up for the meal plan ??

Once again, I'd appreciate it if would give yourselves an alias to avoid my reply to multiple people with the name anonymous.

#1 - 6/27
You'll see various posts on the blog over the last half year that might help you. The actual transfer website is a great resource as well.

anon #2 - There were about seven architecture students admitted.

anon #3 - The deadline for first year students is July 16. You'll have to call Dining for the transfer deadline. It is probably the same.

I know this question is probably somewhat redundant. I got my academic information sheet in the mail almost two weeks ago and it asked that I send my AP scores since they hadn't been received. I requested that they be sent about a month ago, was charged for sending them, and got a receipt in the mail that they had been sent to UVA. I tried to contact the person the academic information sheet said to contact to make sure all was well, but I never got a response. I'm probably just being paranoid and they probably are sitting in some pile waiting to be entered, but should I be worried that my scores were lost in the mail or something?

My transcript is still not showing up on my Vistaa account... I know that the admissions office is busy, but I'm somewhat worried...

This has nothing to do with the blog, but I have a question about SAT/ACT for prospective transfers. Should I retake the SAT/ACT or can I just use the scores from high school? I am going to be an incoming freshman and plan on applying as a second-year transfer to UVA.

My VISTA report last year wasn't up until about two weeks prior to Orientation. And I was in the little ole e-school group. Trust me, they'd contact you if transcripts are missing.

Thanks anon - the reason I'm slightly worried is that I have orientation next Thursday...

Can seminars be repeated as long as the subject is different? For instance, can I take two seminars with the same course code next semester?

Any updates as to when the Common App website will be available for transfer student to use to start their application? Thanks!

Hey, I have a spot available at my apartment for Spring 2009. How can I let incoming transfer students know about it? Thanks!

It's against our policy to give out this information. Your best bet would be to place an ad on craigs list. Spring applicants will be notified around Dec 1, so you may not hear anything until that time. 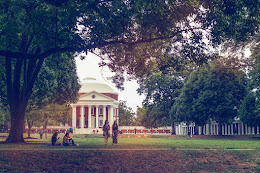 READ THIS FIRST! Welcome to the Transfer Blog!

PLEASE READ THIS ENTIRE SIDEBAR BEFORE ASKING A QUESTION

Welcome! We hope you'll find helpful information on UVA's transfer application process. You may find it helpful to search for your topic in the search box, but be sure the information is current.

IF YOU DECIDE TO LEAVE A COMMENT, "CHOOSE A NAME OR AN IDENTITY." DON'T BE "ANONYMOUS." :)

Please make your comments and questions short and relatively general. Don't reveal personal information about yourself and consider using an alias. Comments on this blog are moderated.

Please, please, please familiarize yourself with our website
before asking your question!

-The deadline to apply for Financial Aid for spring is November 1 and for fall , it is April 1. NO IFS, ANDS OR BUTS.

(Please see the website listed above for transcript and testing requirements)